Sexual Deviants is the third level in Manhunt 2.

Danny, to find out about his past, decides to follow the lead suggested by the matchbook that he left himself in his old house. He heads to the Strip Club and Fetish Dungeon club that, according to Leo, is used by The Project for recruitment. The pair is spotted by a person who is guarding the entrance by the door, the guard calls in that there is suspicious activity outside the club.

Danny and Leo climb over the back entrance to the clubs yard. Danny smashes a window with a brick and breaks into the club. Inside he encounters a sadomasochist gang, The Pervs. Making his way through the club killing the Perv gang members, Danny tries to get into the club dungeon. A Perv guarding the door to the dungeon doesn't recognize Danny as such he won’t be permitted access. Leo suggests getting a head of one of the dead Pervs to gain access. Using a fire axe, Daniel rips off a head from a Perv and gets into the dungeon. 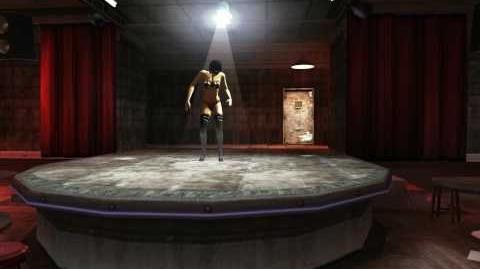 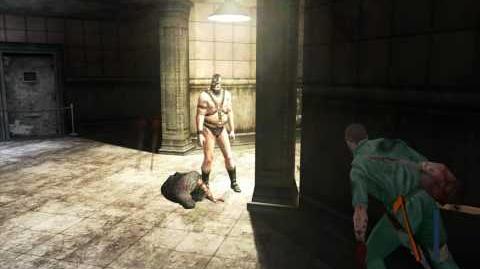 Retrieved from "https://manhunt.fandom.com/wiki/Sexual_Deviants?oldid=18911"
Community content is available under CC-BY-SA unless otherwise noted.