Wrong Side of the Tracks

"I'm going to deal with Starkweather personally, thank him for my 'second chance.' You're my backup if I don't make it alive. Have a nice life."
- Cash, to the Journalist

Press Coverage is the 15th scene of Manhunt where Cash escorts the Journalist to her apartment.

Cash and the Journalist come to a road block, so decide to go on foot. It isn't long before they come across Carcer City Police Department officers working for Gary Schaffer who has been paid off by Starkweather.

Cash repeatedly has the Journalist wait behind while he clears the path ahead and then comes back for her. If Cash goes too far, she will panic and come searching for him. They then arrive at her apartment which they find is full of more cops. Once Cash kills them, the Journalist reveals her evidence against Starkweather and Cash tells her to take it and run while he decides to go after Starkweather, so he leaves.

Cash then makes his way towards the subway through more streets and alleyways, killing more cops along the way. 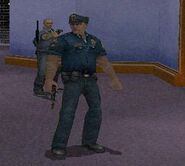 The Calendar in the Reporter's Apartment, featuring Manhunt's release date.

A bulletin board in the Reporter's Apartment, featuring the beta version of James Earl Cash as a mugshot.
Add a photo to this gallery 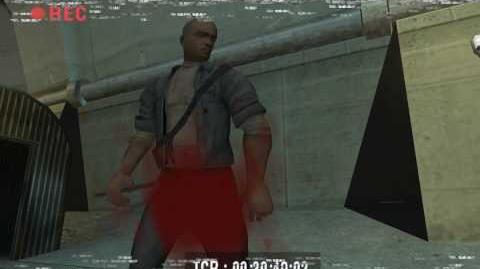 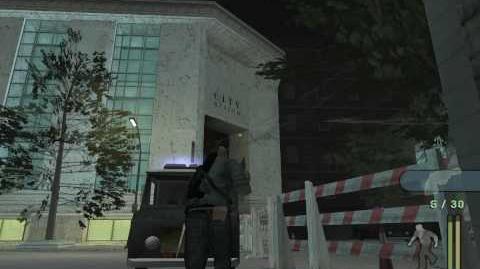 Retrieved from "https://manhunt.fandom.com/wiki/Press_Coverage?oldid=19251"
Community content is available under CC-BY-SA unless otherwise noted.