"The lunatics have taken over the asylum, Cash! The only way to reason with these gibbering idiots is with a stick and a gun!"
- The Director

Mouth of Madness is the 11th scene of Manhunt, where Cash is taken back to Darkwoods Penitentiary to face his former fellow inmates called the Smileys.

After leaving the Carcer Chem Factory, Cash is picked up by the Cerberus and taken back to Darkwoods Penitentiary, where he's instructed by Starkweather to kill the gown wearing Smiley and bring his body to the guard room.

First, he must escape the first room which is locked off by a mesh door and a Smiley guarding it. Cash turns on an electric chair with a victim tied to it behind a glass door to lure the first Smiley into the room, where Cash kills him and escapes.

Then he must reach the green houses but there's a few Smileys guarding the door leading to it and will lock the door if they see him (but only temporarily). Cash must then find a gas can to blast through a wall where the Smileys have bricked themselves inside the tower.

Cash then makes his way to the gown wearing Smiley, kills him, and brings the body (or the head) to the guard room as instructed, where he leaves his weapons before continuing to the next scene.

The Cerberus dropping off Cash at the Penitentiary

A Smiley guarding the door to the greenhouses 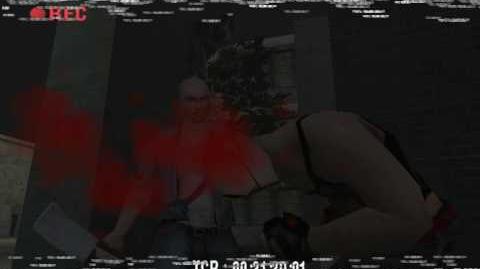 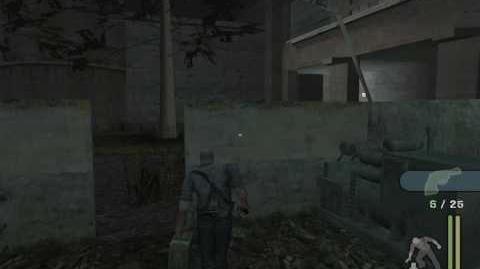