Wikihunt
Register
Don't have an account?
Sign In
Advertisement
in: Characters, Characters in Manhunt 2, Protagonist,
and 2 more

Leo Kasper is a major character and the deuteragonist, later revealed to be the true main antagonist of Manhunt 2. He is also the protagonist of the flashback missions.

A psychopath who was also put in the asylum by the Project. Leo was once a government agent and has expertise in combat, evasion, infiltration and assassination techniques. He helps Daniel Lamb escape and teaches him his own well-honed tricks of the trade.

Leo is depicted as an intelligent, but heartless and violent person, who has no hesitation about killing, no matter if it's an innocent person, criminal or law officer. Leo's killer personality was created by The Project for years before the events from the game. The Project trained him in assassination techniques, combat, evasion and infiltration,

It is implied that he is also a sadistic psychopath diagnosed with "Acute Antisocial Personality Disorder" before being subjected by Pickman's heinous experiments. According to the sessions with Dr. Whyte, he accuses the Project for turning him into a killer. He also confides, that he would like to think like a normal man, but he can't, because the training left a mark on his psyche. It is also believed that he is a smoker as well .

A violent sadist, Leo has an adventurous, thrill-seeking demeanor towards killing, reveling in the brutal killings of his and Daniel's victims. He encourages Daniel into committing more vicious executions of the Hunters, responding with glee and admiration towards Violent and Gruesome level executions.

Throughout the game, Leo is shown to be a textbook psychopath, displaying various symptoms and behaviors including manipulation of others (clearly seen with his interactions with Daniel), having no conscience or sense of right or wrong, increased aggression and hostility (seen in his executions and behavior towards hunters), a lack of empathy (unlike Daniel, Leo clearly has no problem with killing), shallow emotions, easily irritated and short-tempered (like Starkweather, Leo becomes quickly impatient if the player waits around, although he is cautious enough to use stealth against hunters), significant fearlessness (clearly shown to be not as nervous or hesitant like Daniel), and a lack of remorse or guilt.

When compared with James Earl Cash, he's pretty much a product, while Cash is probably a "criminal by choice". They both don't find any remorse for their victims, although Cash does feel some compassion for his family and the Journalist (although they're not his victims at all). Also, they both seem to have the same goals: Revenge. Cash wants to murder Starkweather for what he did to him and his family. Leo wants to murder every Project member he sees for what they did to him.

Kasper appears as a man with a refined build and short, brown hair which fits his role as an assassin for the Project back in the day. During the flashback levels, Leo wears a brown shirt and khakis. In the present day, he wears green asylum overalls with black boots. Most of the time, he spends his time as a seemingly imaginary friend towards Daniel. However, it was revealed that Leo is a real person who was also a victim of The Project.

Leo was a former government assassin, hired to kill threats such as terrorists and was said to be very good at his job. He died and his personality was somehow saved and sampled sometime before 2001.

Leo's personality was taken and implanted in the mind of Daniel Lamb, a scientist for the Pickman Project who believed it possible to have a normal being switch between a civilian and a killer without either personality crossing paths. However the Pickman Bridge, which is what keeps each personality separate, malfunctioned and Leo was given too much free will and begun to take over Daniel's mind.

Leo now wants full control of Daniel's mind so he tries to force Daniel's friend Michael to remove the Pickman Bridge by threatening him at gunpoint at Blackwell Island. However the Project Militia turn up and Michael hides inside the Fisto Sugar Factory where Leo kills all the Project Militia as he searches for Michael. When he finds him, Leo kills him and takes the keys to the boat off the island.

Then, he decides to get back at the Project by convincing Daniel to assassinate Stanley Grex and as he does, Leo escapes the Project once more. Then all he needs to do is destroy Daniel's past, so he burns his records and later, decides to kill Daniel's wife. However, Daniel, who was controlled by Leo, was caught murdering his wife by Pickman, and thus both Daniel and Leo were both locked away in Dixmor Asylum, where Daniel had many therapy sessions and at some point, Leo takes over Daniel's mind and he kills Dr. Deborah.

Daniel later wants to find out about his past but Leo tries to convince him not to, while they are chased by the Project. Leo helps Daniel escape and kill many Project hitmen including Watchdogs and Bloodhounds, until Leo tells Danny they need to go after Dr. Pickman, while Leo really just wants the Pickman Bridge removed. Leo accidentally kills Pickman and after that, they hide themselves in the TVMK Studio until they are found by the Bloodhounds.

After Daniel is injected by Dr. Whyte, Dr. Whyte reveals what Leo did to his wife and fights Leo in his mind. Leo tries to defend himself by spawning the memories of people Daniel kills. Daniel, who successfully bury his wife, Leo shows up and mock Daniel. Eventually Leo is beaten to death by Daniel with a Shovel and Leo is removed from his mind forever.

In the alternate ending, Daniel locks Leo inside a cell in his mind to rot, but Leo breaks out and kills all the Legion members guarding his mind before killing Daniel's personality and Leo takes full control, thus killing Daniel Lamb. When Daniel wakes up and looks in the mirror, he sees Leo's reflection looking back at him (this is considered non canon). 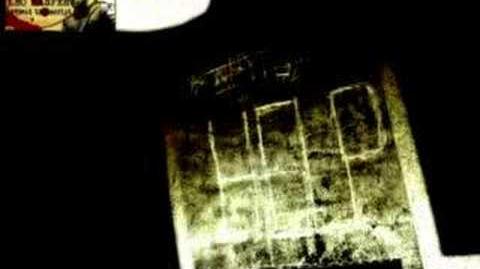 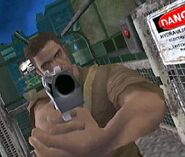