"I can't trust anyone, least of all the police, and time's running out."
— The Journalist

The Journalist is the deuteragonist of Manhunt. She is a young reporter who has been researching Starkweather's activities for some time, and she is hinted that Starkweather is on to her.

It's unknown how, but the Journalist somehow discovered Cash's execution was fake in order to use him on another of Starkweather's snuff films.

After watching Cash's "execution", she began searching for clues of his location intending to have him as a witness to accuse Starkweather. Mysteriously, the Journalist did discover Cash's location after he is captured by Ramirez and the remaining Wardogs. Then, she courageously headed there in her red Blista Compact and rescued him coincidentally when he was already leaving the place.

Cash recognized the Journalist, saying she looks familiar, and then she briefly introduced herself as a reporter who witnessed his execution and explained her intentions and about the current situation. Cash agrees to help the Journalist by safely escort her back to her apartment.

Later, the duo headed to the Journalist's apartment to pick up the evidence material that the Journalist has already gathered against Starkweather. Before they reach the building itself, the street is surrounded by corrupt officers from Carcer City Police Department, working for Gary Schaffer to kill her and Cash (The Cops seem to be ignored Gary's order, as they were told to capture both of them alive other than killing them).

Cash killed all the patrolling officers and lead the Journalist to her apartment, and finally, the locked room where she hid all the evidence. Cash then ordered the Journalist to leave the city until he 'deals with Starkweather personally', to avenge his family after having been 'murdered', thanked her for rescuing him and wished her "have a nice life".

At the same time Cash is making his way to the Starkweather's mansion, the Journalist manages to accuse Starkweather with her evidence. However, Starkweather negates the accusations.

After Starkweather was killed, the evidence found on his estate exposes the corruption of the Carcer City police without a doubt. She is last seen on a TV broadcast doing a news bulletin about Starkweather being found dead in his estate alongside his security personnel, thus discovered the snuff film ring.

A bonus sound file of an audio transcript from the Manhunt website reveals that the aftermath has put her in a state of mental paranoia, unable to cope with witnessing so much violence and the whole concept of people willingly participating in such a depraved sport for the amusement of others. She mentions that she had post-traumatic stress disorder, or at least, thinks she does.

She is being interviewed in a mental hospital by a doctor who says the Journalist was found wandering the streets in tears with a knife in her hand. She blindly believed the doctor is part of a conspiracy to somewhat keep her quiet and refused the doctor's suggestion to sedate her as part of the treatment. It's also mentioned that she is suffering from insomnia.

During this interview, she actually reveals some information about her self. At the time of Manhunt, she had worked at the television station for three years, then a radio station two years before that. She also mentions both her parents are dead.

On the ending scene of Divided They Fall, the journalist reveals to Cash that, in truth, her intention is to "make her career" by exposing Starkweather. This shows how ambitious she is.

Also, her room in her apartment is full of shopping bags of clothing stores, meaning she may be addicted to shopping.

If she is left on her own too long she will come running to find Cash, which puts them both in danger. You need her to open the door to the building, and after, you must take her to the kitchen of her apartment in order to continue the scene. 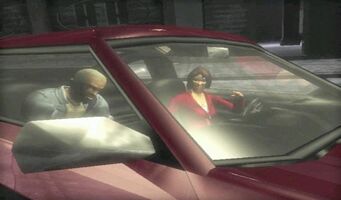 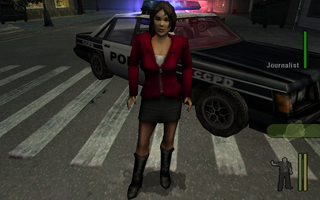 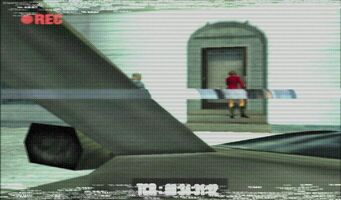 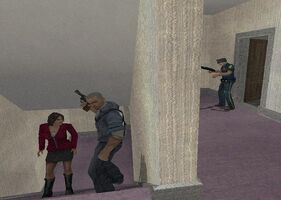 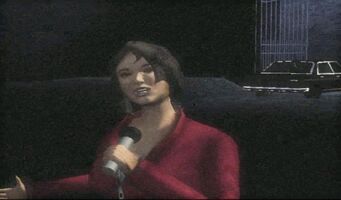 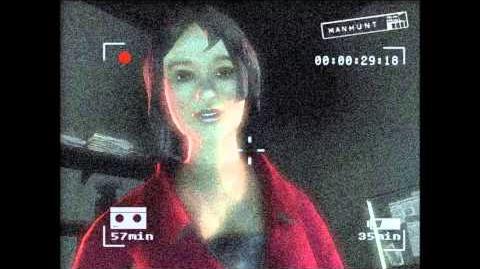 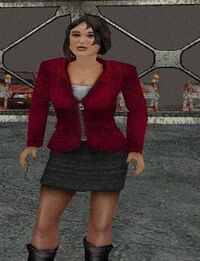 Retrieved from "https://manhunt.fandom.com/wiki/Journalist?oldid=19584"
Community content is available under CC-BY-SA unless otherwise noted.