"Where do you think you're going, little man? Huh? Huh! What the fuck? Think you're tough? I'll rip your fucking head off... it's our turn now! Run, RUN!!"
- Ramirez

Divided They Fall is the 14th scene in Manhunt, where Cash kills Ramirez and finishes off the Wardogs.

After escaping Darkwoods Penitentiary Cash is on the run from Starkweather. While making his way through the Darkwoods district of Carcer City, he runs into Ramirez and the Wardogs who have been instructed to capture Cash.

Cash takes a beating from Ramirez and is disarmed before they let him loose outside an apartment building for a game of 'hide and seek'. Ramirez heads up to his room and uses a Sniper Rifle to try and spot Cash from above while three of his Wardogs are at ground level hunting him, but he kills them.

Now frustrated, Ramirez sends Wardogs with Shotguns down to finish Cash off, but Cash kills them and begins making his way up the apartment complex in search of Ramirez, killing all the Wardogs in his way.

Ramirez doubles back past Cash and runs downstairs while more Wardogs head upwards. Cash heads back downstairs killing all the Wardogs in his way. If Cash fails to kill Ramirez within 2 minutes and 30 seconds, more Wardogs will arrive making it harder.

Once Ramirez is dead, Cash runs away to the sound of gunshots and is picked up by the female Journalist who drives him away in her car and explains she is trying to bring down Starkweather but he is on to her and needs his help.

Ramirez searching for Cash with a Sniper Rifle

Cash and the Journalist
Add a photo to this gallery 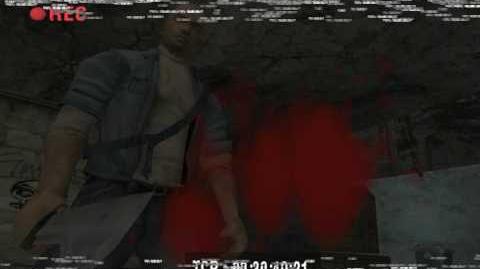 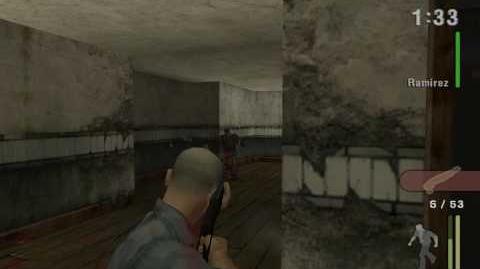 Retrieved from "https://manhunt.fandom.com/wiki/Divided_They_Fall?oldid=19468"
Community content is available under CC-BY-SA unless otherwise noted.