"This is a real chance to change the course of medical history."
— Daniel Lamb

Dr. Daniel "Danny" Lamb is the main protagonist of Manhunt 2. A former scientist of the Project, Daniel ends up in Dixmor Asylum, without any of his previous memories.

Daniel was a scientist with the Pickman Project but ended up locked away in the Dixmor Asylum for the Criminally Insane for six years.

Daniel has a second personality in his mind by the name of Leo, a psychopathic killer who "helps" Daniel in killing everyone the Project sends after him.

Compared to the protagonists of Rockstar's other games, Daniel is vastly different, being calm and gentle, showing much more remorse for his victims (unlike Leo or James Earl Cash) and vomits after his first execution. He also expresses anger at Leo at some points: for example, after killing many Watchdogs in one level, he throws away his weapon, claiming he is sick of killing.

However, as the game progresses, he gets more and more addicted to it - a sign that Leo is taking over his mind - forcing Dr. Whyte to cleanse his memories at the end of the game. He shows great care for his family and volunteers for an experiment just to support them.

Daniel was born on May 29th, 1963[1] and lived in San Fierro until he graduated from San Fierro University in 1985 with a degree in biochemistry[2]. A year later, he found work as lab technician for Green and Becker Pharmaceuticals Inc. and worked there for three years. In 1989, he became a research associate for McKenzie Druchner Inc. until he begun working for the Pickman Project.

He became one of the top scientists for the Project and invented a drug called Cortexa[3]. He was married and had two kids, a girl and a boy, but at some point went into great debt and volunteered for an experiment, which his wife disapproved of. He had a second personality planted in his mind artificially called Leo during the experiment, to which Leo would be taking over Daniel's mind later on due to the mistake the Project made during the development.

Leo now wants the Pickman Bridge removed so that he can fully control Danny. Leo first threatens Danny's friend Michael to do so. Danny (being controlled by Leo) kills Michael and many of the Project Militia who arrived to kill Danny because Leo is out of control.

Leo decides to get revenge, so he convinces Danny to kill a Project official, Stanley Grex at the Maibatzu Plaza with a Sniper Rifle and later destroy their records so they can disappear. Leo then takes control and makes Danny kill his own wife and is then locked away in Dixmor Asylum.

Six years later, a power failure at the Asylum allows Danny to escape during the chaos, not remembering anything about his past. Danny kills a few numbers of Orderlies and Inmates as Leo tells him to escape in the back of a Trashmaster.

They head to Danny's old house to collect some Cortexa to help Danny remember, but the Watchdogs had already arrived at Daniel's house before they did. Thus, the Watchdogs are taken down. After injecting himself with the Cortexa, Daniel remembers who Leo is and decides to follow a clue he left behind.

Later, both Daniel and Leo arrive at the Strip Club and Fetish Dungeon in search of Judy, to Leo's disagreement. However, Leo's advice is ignored and he had no choice but to follow Daniel. Daniel has to deal with the Pervs, who work for the Project in the Strip Club. When Daniel found Judy, Judy tells Danny to go to the safe house and gives him the key.

Daniel, after finding his safe house, notices the clues he left for himself to remember and had a headache, as Leo tells him Michael was killed by him because of Michael "double crossed them". Leo later suggests Daniel to change his clothes as the Cops will remember who he is (For killing the two Cops he encountered earlier).

Daniel later arrives at Bees' Honey Pot, in search of Judy again. However, Daniel coincidentally runs into an another gang called the Pimps. Daniel kills all the Pimps and Watchdogs he encounters while on his way to Judy, and Daniel finally finds Judy. However, Judy is killed by the Bloodhounds. Danny has another headache, which leads into another flashback.

Afterwards, Daniel is chased through the nearby streets and the sewer system before reaching the Auto Shop and escapes. Leo tells Daniel that they must capture Dr. Pickman, so they break into the Project Laboratories. Before capturing him, Pickman says a hypnotic phrase which temporary stuns Daniel. Daniel later wakes up, and finds Pickman again after taking out all the Hunters he faces. Daniel later successfully stuns Pickman and ties him to a chair. Daniel's mind is later taken over by Leo, who accidentally kills Pickman as Pickman says the hypnotic phrase.

Months later, Daniel and Leo are searching through old records at the TVMK Studios for something that can help them (Daniel is trying to search for clues to that can help him remember his past, while Leo is searching for ways to remove Pickman Bridge, which means he wants to fully control Daniel) until the Bloodhounds arrive. After all the Bloodhounds inside the studio are all taken out, Daniel and Leo head outside of the studio, Dr. Whyte sneaks up and injects Daniel with a sedative, causing both Daniel and Leo to fall unconscious.

Moments later, Daniel wakes up in a Project office. Having no idea where Leo is, Daniel shouts Leo's name in a loud, sadden voice. Daniel faints again, and wakes up to find Dr. Whyte in the room. Dr. Whyte later reveals what Leo did to his wife, thus triggering Danny to fight Leo.

Leo eventually spawns some victims that are killed by Daniel himself, including Michael and Dr. Pickman. Daniel's ultimate goal to kill Leo is to bury his wife so that Leo will be removed from his mind forever. After burying his wife's body, Leo showed up again and mocks Daniel, telling him that he "made" him. Angered, Daniel beats Leo to death with a Shovel, telling him that he chooses to be "Daniel Lamb" and only Daniel. Before Leo dies, Leo continues to mock Daniel, saying he can never remove him from his mind.

After getting rid of Leo from his mind, Daniel then wakes up on a street in the middle of nowhere, with no memory of his past. Daniel is given an envelope, revealing his new name, David Joiner and new address, which gives him a fresh start.

In the alternate ending, Dr. Whyte tells Daniel to lock Leo inside a cell in his mind to rot, but Leo breaks out and kills all the Legion members guarding his mind before killing Daniel's personality, thus letting Leo take full control of Daniel's mind, killing Daniel Lamb. This is considered to be the 'bad' ending and is achieved if the player kills any civilians throughout the game. 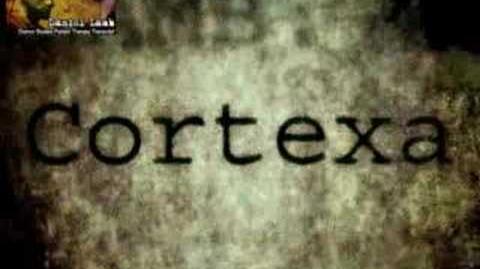 Daniel Lamb session
Add a photo to this gallery

Daniel with his family

Daniel after his wife's death
Add a photo to this gallery

Photo of Danny and Michael
Add a photo to this gallery

One of Danny's original designs.

Retrieved from "https://manhunt.fandom.com/wiki/Daniel_Lamb?oldid=19560"
Community content is available under CC-BY-SA unless otherwise noted.