The Cops are Hunters in Manhunt 2. They are the ordinary police officers of Cottonmouth.

The Cottonmouth Police Department are based on New Orleans Police Department because they have a patch similar to N.O.P.D's, blue uniforms as well as similar hats. They also wear black with yellow rankings on their shoulders, exactly the same as their real-life counterpart. They are responsible for enforcing the law and maintaining safety within their districts while some, nicknamed "rent-a-cops" can be hired as security guards. Their main motivation is the money, there's are also some cops that just enjoy the satisfaction of putting away criminals and giving them a beating as they do it.

The Project hired many of them to protect their Warehouses and kill any intruders, as well as oversee the deliveries. However, the rent-a-cops probably didn't know that the Project was paying them.

Leo Kasper decides to destroy his, and Danny's past by burning their files. The files are located inside the Project Warehouses, so Leo kills all the rent-a-cops in and outside the location. He also sets fire to a stack of paper to draw a guard out from the guard hut. Once he burns either his or Danny's files, the Watchdogs show up and take over. Shortly after, they begin to hunt for Leo for the assassination of a Project official at the Maibatzu Plaza. They occupy the entire neighborhood near Daniel's House, but Leo kills them all and most of the S.W.A.T. in the area.

6 years later, two corrupt cops patrolling the Red Light District locate Danny, after they beat a Red King to death. As they were notified by The Project of his escape, they attempt to bring him down but Danny kills them.

The Cops assaulting a Red King

A cop with a Flashlight 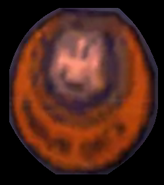 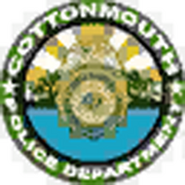