"I want that asshole's head on a spike, sergeant!" - The Cerberus Leader

The Cerberus Leader is a character and the tertiary antagonist in Manhunt. He is the head of Starkweather's personal security unit.

He is secured by his men at all times. His weapon of choice is the Assault Rifle. He can also be seen wielding a Taser (Trained To Kill) and a Heavy Handgun (Key Personnel) during cutscenes.

Though he works for a deranged movie director who directs snuff movies, he seems to care about his men. He warns his men that as long as Cash and Piggsy were still alive, they ran the risk of being hunted down and killed.

The Cerberus Leader make his first appearance in Road to Ruin. After some time of the mission, he still makes his appearances, transporting Cash to several location, as ordered by Starkweather.

In the scene Key Personnel, he is seen taking the elevator key from a Cerberus member by Cash. Later, the Cerberus Leader, with few of his men, are all ultimately killed by Cash himself while trying to hide away from Cash and Piggsy. 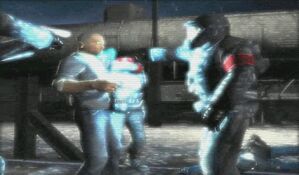 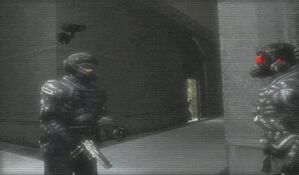 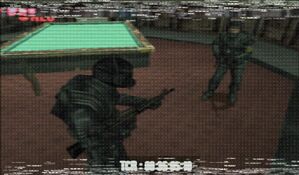 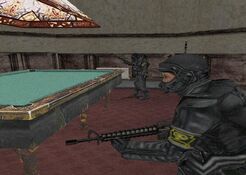 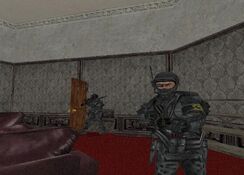 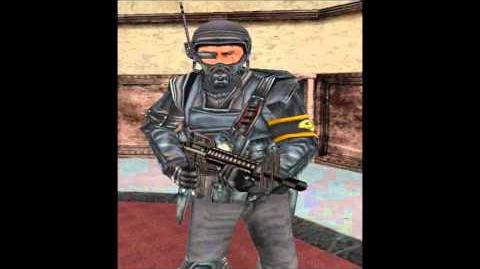 Manhunt All Cerberus Leader Quotes
Add a photo to this gallery

Retrieved from "https://manhunt.fandom.com/wiki/Cerberus_Leader?oldid=19463"
Community content is available under CC-BY-SA unless otherwise noted.