"America is full of run down, broken rust-belt towns where nobody cares and anything goes. In Carcer City, nothing matters anymore and all that's left are cheap thrills. The ultimate rush is the power to grant power and take it away, for sport."

Carcer City is a fictional city in the 3d GTA Universe featured as the main setting of Manhunt. It is depicted as being in a severe state of poverty and disrepair, occupied by swarms of criminals on the streets, and having a dysfunctional and corrupt police force completely in the pocket of Lionel Starkweather, with large swaths of ruined and run-down areas that have become overrun by violent gangs.

Carcer City is an extreme caricature of a Rust Belt city, taking inspiration from places like Camden, New Jersey; Flint and Detroit, Michigan; East St. Louis, Illinois; and Gary, Indiana. It is implied that Carcer City was once a booming industrial center in its past (as evidenced by its large factories and stockyards) before it fell into a state of deep neglect and became crippled by crime and depression.

The events that happened throughout the game in Carcer City can be attributed to Lionel Starkweather, who lives in a massive guarded estate far from the rotted inner city. At an unknown time in the city's past, Starkweather effectively bought off its entire police department by bribing its chief, Gary Schaffer, into giving him unlimited access to the city's abandoned districts in order to direct his snuff films there. Most, if not all, of the gangs that plague the city's streets are on the Director's payroll. Many parts of Carcer seem to be in a state of near-anarchy, as large sections of the city appear to be in complete control by gangs or are neglected by its apathetic and ineffective police force.

It has not been confirmed wether Carcer City is one of a kind, or wether there are other cities in the same state as it across the country. If the first is true, this would make it the most dangerous American city in the 3d GTA Universe.

Carcer City is likely located in a Rust Belt state in the U.S., and is in the vicinity of Liberty City. There is a polluted river located in the city that catches on fire, a reference to the Cuyahoga River, and a bay called Rocksnorth Bay. The terrain is mostly flat aside from surrounding hills that house the wealthier neighborhoods, and no mountains are visible. Not much else is known or revealed about the environment in Carcer City. 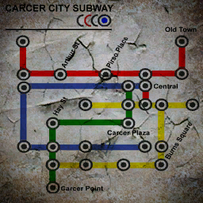 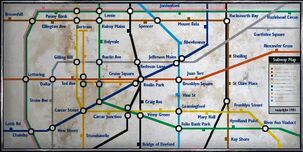 Subway Map #2
Add a photo to this gallery

Much of the city is occupied by various gangs who violently rule over their turf. They appear to be on Starkweather's payroll, as they are seen taking explicit orders from him and Ramirez and had starring roles in the Director's past productions. It is not revealed in the game if the gangs are aware of the presence of the other gangs or if any rivalries exist between them (except for the Clowns, who were to have an intense rivalry with the Smileys before they were cut from the game, and the Innocentz who appear to have a small rivalry with the Hoods based off of visual hints). Some of the gangs seem as if they were lifted right off their home streets (Innocentz, Skinz) while others were probably recruited by Starkweather and Ramirez (Hoods, Wardogs). They are as follows: 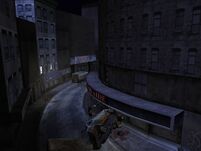 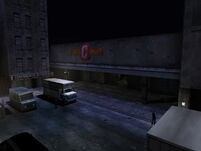 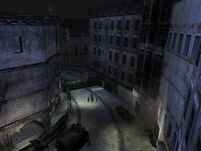 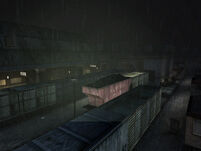 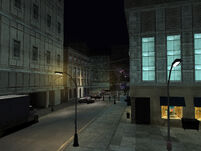 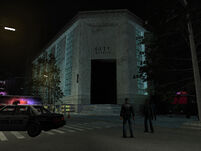 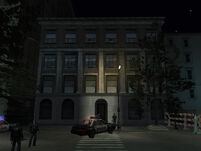 Reporter's Apartment
Add a photo to this gallery

In geomancy, Carcer is one of the Seven figures of Western Geomancy. It's the figurative outline of an enclosure or prison cell (similar to the word carcere).

Retrieved from "https://manhunt.fandom.com/wiki/Carcer_City?oldid=19590"
Community content is available under CC-BY-SA unless otherwise noted.