Awakening is the first Episode in Manhunt 2, where Daniel Lamb and Leo Kasper escape from Dixmor Asylum.

After power failure, a riot begins at Dixmor Asylum and a battle begins between the Inmates and the Orderlies. Daniel Lamb wakes up and chokes Dr. Whyte, not remembering anything about his past and Leo begins helping Danny escape. Danny kills many orderlies and inmates as he makes his way to the elevator when he heads up to a higher floor. He then must close all the cells so the gate ahead will open.

He then makes his way to a window which he breaks and climbs through. Once outside, he kills the remaining orderlies and hides their bodies in the shadows before hiding in the back of a Trashmaster to escape. 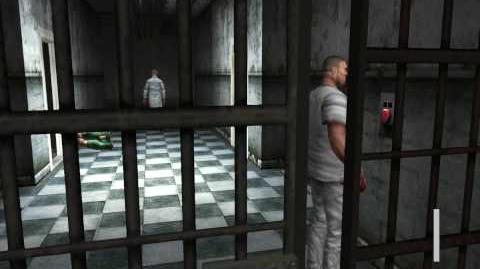 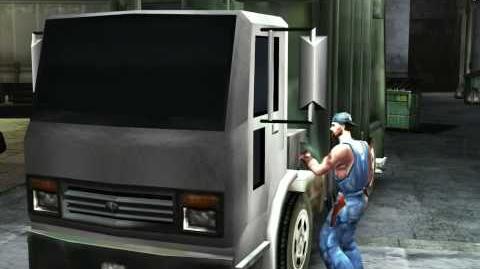 Retrieved from "https://manhunt.fandom.com/wiki/Awakening?oldid=18890"
Community content is available under CC-BY-SA unless otherwise noted.